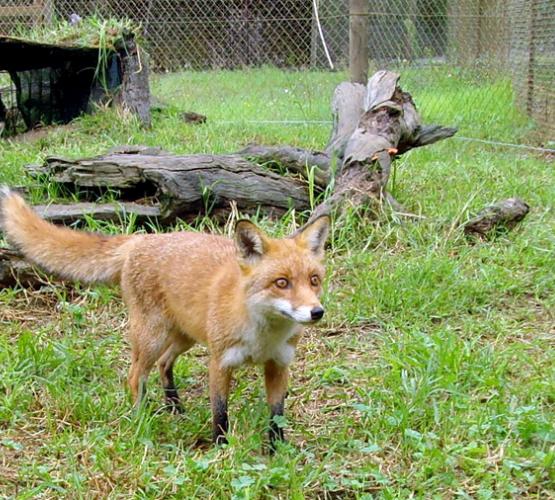 The European Red Fox is an opportunistic hunter. Its diet varies from wild fruits and berries, insects, small animals and carrion.

They are very versatile, colonizing every available habitat from icy tundra in the north to arid deserts in the south of their distribution.

The European Red Fox has the largest natural distribution of any living terrestrial mammal apart from man. They can be found naturally throughout most of the northern hemisphere including Europe, Asia, North America and Northern Africa. The Red Fox was also introduced into Australia in the 1860s; spreading rapidly it can now be found in the southern two thirds of the country. The European Red Fox is a member of the family ‘Canidae’. This family includes the other fox species, wolves, jackals, the dingo and even the domestic dog breeds. The European Red Fox is the largest fox species with 6.5 kg the average weight for an adult male. The average head to body length is 66 cm. The long bushy tail can reach 49 cm in length. Female Red Foxes (Vixen) have a 53 day gestation period. The litter size generally exceeds four cubs.