Save the Bilby Fund

Our generous visitors helped us raise $422 for the Save The Bilby Fund. 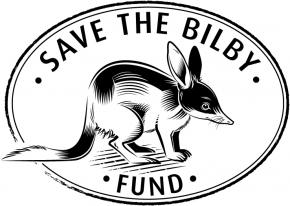 Bilbies are a small nocturnal marsupial. The Lesser Bilby is extinct. The Greater Bilby is facing extinction due mainly to predation by foxes and feral cats and habitat loss. Classified as Vulnerable on the IUCN Red List of Threatened Species, it is estimated that there are less than 10,000 Bilby’s left in the wild.

Bilbies were once common in many habitats throughout Australia, occupying more than 70% of mainland Australia.

Predation by the European Red Fox and feral cats has resulted in populations occurring now only in isolated areas of Western Australia, Northern Territory and Queensland. It has disappeared from 80% of its former range.

Aside from predation, other threats include habitat loss, mainly from farming animals that destroy the habitat and competition for food and burrows with rabbits.

In March 2015, Save the Bilby Fund initiated the Greater Bilby Recovery Summit.

The Fund is committed to delivering on the 2015 summit report and conservation plan. It acts as the secretariat for the National Greater Bilby Recovery Team and is working with all stakeholders to develop a new National Recovery Plan for bilbies based on the outcomes of the summit.

You can check out some of the great work being done by the program via their website.