Our generous visitors helped us raise $451 for WWF Australia

‘THE HAPPIEST ANIMAL IN THE WORLD’ – THE QUOKKA! 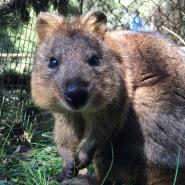 The Rottnest population is a huge tourist attraction and apart from being relatively common across the island they are also accustomed to having their pictures taken by the many tourists that I'm sure only visit the island to see one.

Not many people realize that Quokka's are also found here on the mainland distributed along a small coastal strip from Perth to Albany. Mainland animals are generally very shy and like to hide out in densely vegetated woodlands and swamps.

The IUCN classifies the Quokka as Vulnerable so all populations are vitally important.

Back in January 2015 devastating bushfires almost wiped out a whole colony of Mainland Quokka's in the Northcliffe area. It is thought that over 500 Quokkas called the area home prior to the fire, with surveys conducted after the fires only finding 39 individuals scattered across an area of around 98,000 hectares hiding away in the unburnt patches.

WWF Australia is running a campaign to help fund a team along with DPaW to keep track of the remaining survivors and learn more about the recovery of the population within the burnt area to help better understand the long-term effects of fires on Quokkas.

You can learn more here: http://www.wwf.org.au/what-we-do/species/quokka#gs.iPepakw 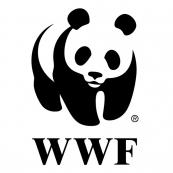